Internet Explorer is not supported

28 June 2022 – The fourth negotiation session of the Post-2020 Global Biodiversity Framework took place from 21 to 26 June in Nairobi, Kenya. As an official observer of the UN Convention on Biological Diversity (CBD), a delegation of the Finance for Biodiversity Foundation participated in the official meetings and events, based on the position paper we created in the Public Policy Advocacy working group.

Our delegation in Nairobi consisted of representatives from two financial institutions, members and co-chair of our Public Policy Advocacy working group, Suresh Weerasinghe (Aviva) and Emine Isciel (Storebrand Asset Management), together with Anita de Horde, coordinator of the Finance for Biodiversity Foundation.

Suresh Weerasinghe: “It was pleasing to see the progress at the talks and the recognition by Parties of the role of the financial sector in reducing harmful impacts on biodiversity and in incentivising positive impacts. We look forward to seeing the relevant parts of the Framework dealing with the policy goals and targets in respect of the financial sector and private financial flows being confirmed in Montreal.

Emine Isciel: “Discussions around the role of finance and business has advanced slowly in Nairobi. Governments recognized the need to align private financial flows with the biodiversity goals and targets and the importance of mainstreaming biodiversity in all sectors. If all the elements fall into place, the Convention on Biological Diversity (CBD) could be recommending that countries’ financial regulators require companies to assess and disclose their impact on nature to reduce negative impacts and increase positive impact. This would potentially be the most significant developments from Nairobi.” 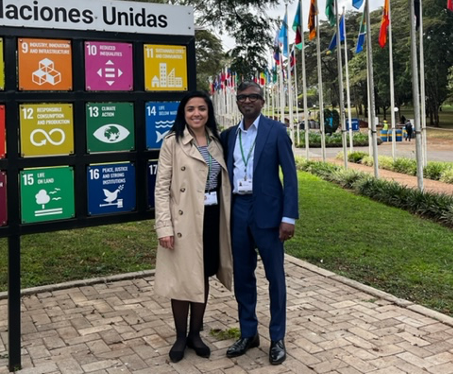 This final meeting of the Working Group was expected to complete negotiations and finalize the GBF for adoption at the fifteenth meeting of the Conference of the Parties to the Convention on Biological Diversity (CBD COP15). According to the WG2020 Co-Chairs Basile van Havre and Francis Ogwal that the majority of the goals and targets need some additional progress before adoption during COP15 will be made.

The idea was to remove as many as brackets as possible, so unbracketed text can be adopted at COP15.

There was consensus from governments on the need to adopt language in the GBF on ‘aligning both private and public financial flows’ and to include text on requiring businesses and financial institutions to assess, monitor and disclose, but also on reducing negative impacts and increasing positive impacts on biodiversity.

Find our analyses on the specific outcomes for our focus Goal D and Targets 14 and 15 here. 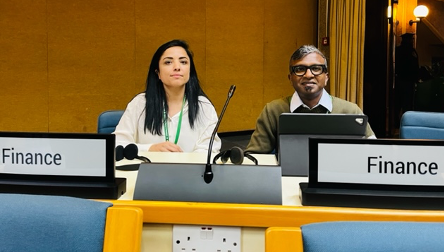 Statement during the opening ceremony

During the opening ceremony plenary session, Suresh Weerasinghe, made a statement calling for specific references to an enabling environment for the finance sector in Goal D, and targets 14 and 15 of the GBF, explaining that voluntary action alone will be insufficient to change practices across the private and public financial sector at the rate and scale that is required to tackle the biodiversity crisis.

The delegation had several bilateral meetings with Member States and other relevant actors. A head of the negotiations, we distributed our position paper which outlines our three key priorities, namely on Goal D and Target 14/15. Consultations were also made with some negotiators, and we have in general received positive feedback and support for the amendments that we suggest.

Also, we participated in non-official meetings on resource mobilization organized by key negotiators.

It is clear that the work will not be completed in Nairobi, and that hope lies in intensive intersessional work and eventually even more vigorous efforts at COP15. Over the coming months, we will stay in close contact with key negotiators to discuss the Nairobi results and how to further strengthen language in the draft GBF.

On Saturday 25 June, Suresh Weerasinghe represented the Finance for Biodiversity Foundation at the information session organized by the CBD on building a bridge from voluntary non-state actor commitments to implementation in the real economy. In his speech he argued that the finance sector is increasingly aware of their critical role it must play in halting and reversing biodiversity loss in this decade. But actions by financial institutions on biodiversity is now voluntary. If the whole sector must act, then aligning private financial flows with the Goals and Targets of the Global Biodiversity Framework should be a key policy aim for governments and regulators. 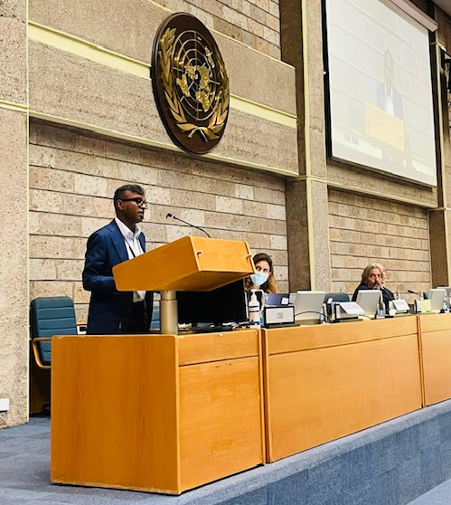